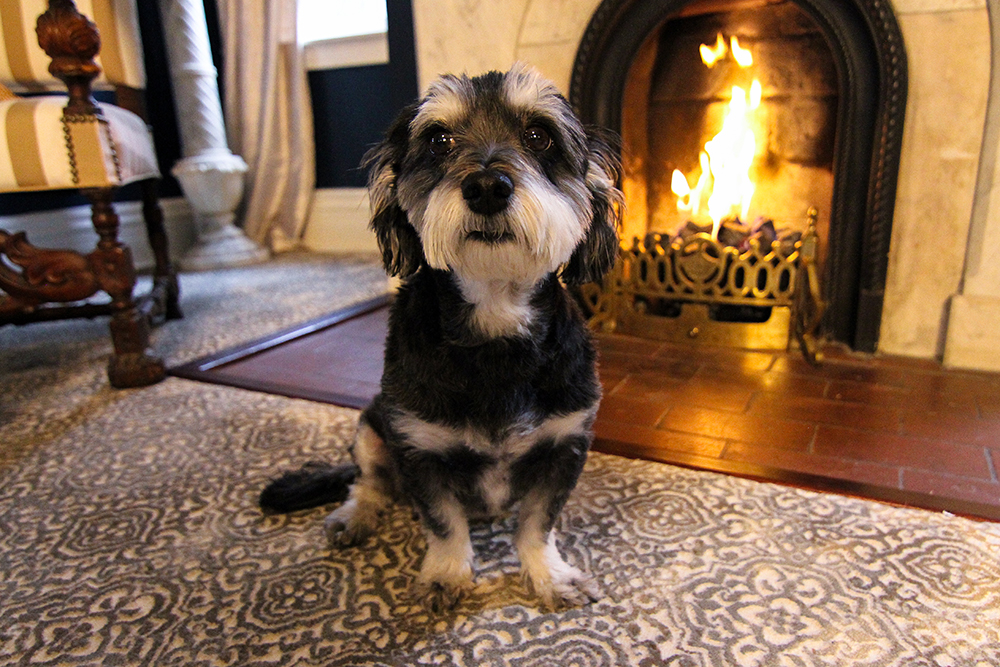 The little hairy guy with the sweet eyebrows running around is our Inn dog named Fletcher, an eight-year-old Havanese.   If you are unfamiliar with Havanese, they are the national dog of Cuba (hence the Havana in Havanese ) and were bred solely for companionship.    An ancient breed dating all the way back to the first century, Havanese originated from Spain and traveled on trade ships ultimately landing in Cuba.   What Havanese lack in size they certainly make up for in personality and Fletcher is no exception.   He is super friendly and is still getting used to his role of Inn dog, therefore he may follow you around in his excitement.   Fletch is also still getting used to all of the action on the crazy streets of Penn Yan, NY so you may hear an occasional bark or two if he sees something exciting outside like a horse and buggy passing by.

Winter months you can find him curled up by the fireplace and summer months he is most likely sitting in the Billiard room looking out the window watching the world go by.    A couple fun facts about Fletcher, his birthday is on Christmas Day, his best friend is a Dachshund named Cru, and he is named after Chevy Chase’s character in the 1985 movie “Fletch”….Moonriver………..

On top of their friendly personalities, Havanese are fully hypoallergenic and non-shedding which makes them ideal “Inn” dogs.   At The Laurentide our goal is to make your stay as comfortable and relaxing as possible, therefore, if you are not a dog person, we totally understand and we are happy to keep him in our private quarters.